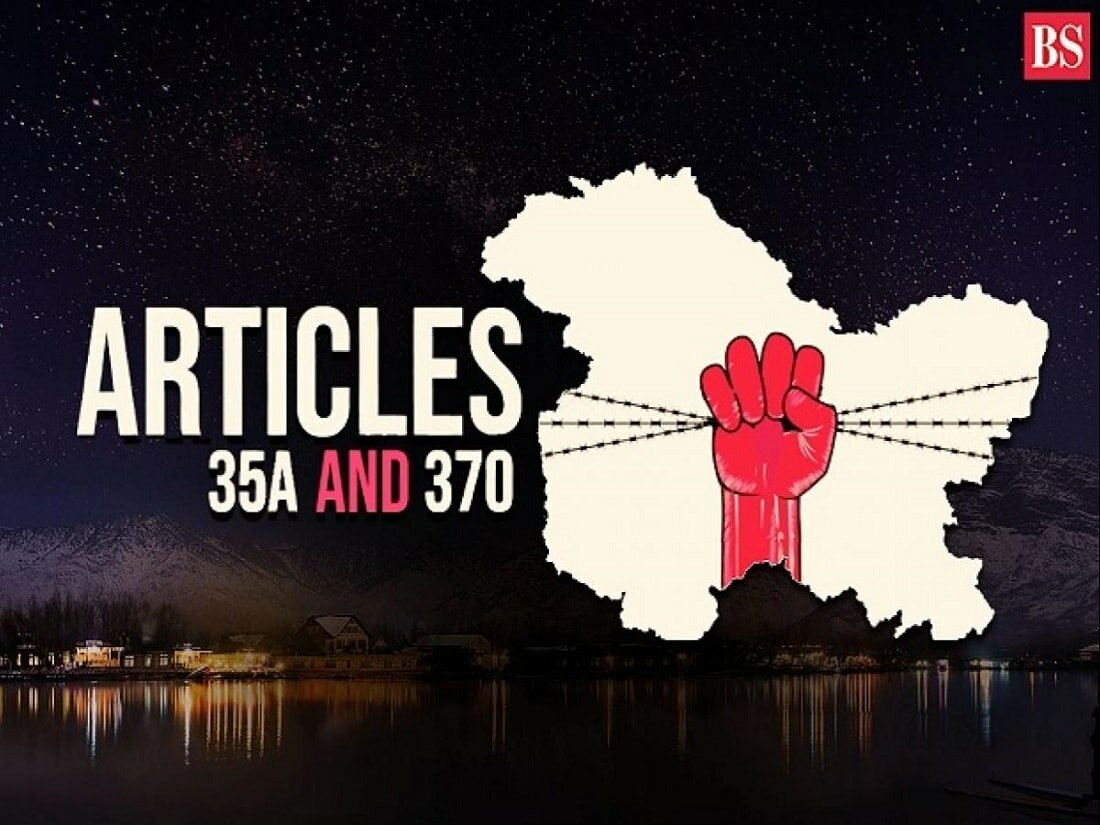 Kashmir always stays in news due to the rivalry authority of Pakistan and India over the territory. But this time situation got worse as Article 370 was lifted back in August.

Kashmir is located in the Himalayan region of South-East Asia. In early times, it was a princely state named Jammu and Kashmir. In 1947, when the subcontinent was divided into two nations, Pakistan and India all the princely states and regions had to opt for one nation.

However, Kashmir went into conflict as both the states considered it as their authority and long war was held among them until a ceasefire was created with some part of Kashmir under Pakistan’s control and rest under India.

Why Indian part was a war zone from the beginning?

Soon after independence, the Indian portion of Kashmir never found peace. A constant 73 years of war is held at Kashmir as the locals stand against the Indian authority and their rules resulting in violence. Read more: This is What Islam and Hadiths say about Ghazwa-e-Hind

How the trouble did start this time?

Something fishy began at the start of August as Indian authorities sent ten of hundreds of Indian army troops to the land of Kashmir. The Hindu pilgrimage was cancelled. Schools, colleges, markets were closed.

Tourists were ordered to leave the state. Telephone and internet services were shut off. The political leaders of the state were house arrest.

What was expected to happen?

The analysts on different forums suggested that these steps by India are for sure a threat to an alarming situation. They believed the Article 35A of the Indian constitution would be cancelled.

According to Article 370 of the Indian constitution, the people of Kashmir were given several privileges and authorities as they live in the state. They had a special autonomy of making their constitution, own laws and separate flag for their state.

The different laws they created included the fundamental rights of citizens, ownership, property and permanent residence. However, the foreign affairs, defense and communication was under India’s authority.

35A of the Article

35A is a part of Article 370 of the Indian constitution.  This segment was dedicated to the authorities regarding the permanent residence of citizens in the Kashmiri state. Several other related privileges are discussed under this portion of article 370.

What shocking decision did India take?

Indian authorities blew everyone out with their shocking announcement. In the parliament, it was announced that not only 35A but the whole article 370 is cancelled. The long imposed article for about 70 years was put down as hope of an integrated India.

Why this decision was taken?

It was a well-expected move from Indian government because the head of state Narendra Modi and his party Bhartiya Janta Party (BJP) was against this article 370.

In the election manifesto of BJP, it was quite clearly announced that once they will be given the mandate they will revoke article 370. In April – May elections of India when Narendra Modi came into government with his party BJP the first task they had to perform was to revoke the article which they did effectively.

Why BJP was against article 370?

BJP was against article 370 because it has caused a complex relationship with Kashmir. Especially their privilege irrespective of being under Indian authority hurt them badly. The wanted to pull off article 370 to integrate Kashmir into India as a whole Indian Union for its progress and prosperity.

However, Monday’s move is linking this announcement to the current economic condition of India and a strategy to divert everyone’s attention off from the falling economy.

What is Kashmir take on this decision?

Kashmiri people believe that this is all done as a result of hatred and to win appreciation from the Indian public. They think that since Kashmir is the only Muslim state of India they want to change its demographics by allowing non-Muslims to buy land and live there.

What happens next as article 370 is revoked?

Since article 370 is lifted now the Kashmiris won’t have a separate flag, constitution or laws. They will be considered Indians and will have to follow Indian rules and regulations along with the Indian flag as their identity. People from other states can buy land and live in Kashmir.

Parliament remark on this action

The government is quite hopeful and contended with the decision they made. Mr Shah said in the parliament regarding damage of article 370 and 35A, “It’s because of these sections that democracy was never fully implemented, corruption increased in the state, that no development could take place.”

However, the opposition party, Congress is quite angry by the decision. P. Chidambaram said in the parliament, “They may think they have scored a victory, but they are wrong and history will prove them to be wrong. Future generations will realize what a grave mistake this house is making today,” he said.

Indian authorities have worked on paper thoroughly before announcing this big step. They have decided to divide India into two federally administered areas. One with the integrated Jammu, Hindu majority and Kashmir, Muslim majority states and the other with Buddhist community Ladakh, culturally and historically near to Tibet.

According to the Indian constitution, revoking article 370 and 35A is not legal. You can only modify it under the agreement of state government.

Opinion makers have mixed reviews regarding the ongoing conflict. Subhash Kashyap told news agency ANI that the order was “constitutionally sound” and that “no legal and constitutional fault can be found in it”.

However, AG Noorani told BBC Hindi it was “an illegal decision, akin to committing fraud” that could be challenged in the Supreme Court.

The opposition party can come into the ground and take a hold of things by launching a movement against the Kashmir conflict. But since it is such presented in such a way to the people that any initiative would brand parties as Anti-India. Therefore, Individuals and activist are the only hope left for Kashmiri people.

The Rights of Patients & Categories where prior

Saudi Airline Clarifies that Date and Time Can

Schedule of Vaccination for Your Child in Saudi

Legally Fly your own drone in Saudi Arabia

How to Claim Lost or Damage Luggage at

This is What Islam and Hadiths say about
prev next

Al-Bashawat: Cheapest Store in Jeddah (Everything is from SR.1 to SR.10)

According to the New Study: Eating Chicken Linked to Higher Cancer Risk