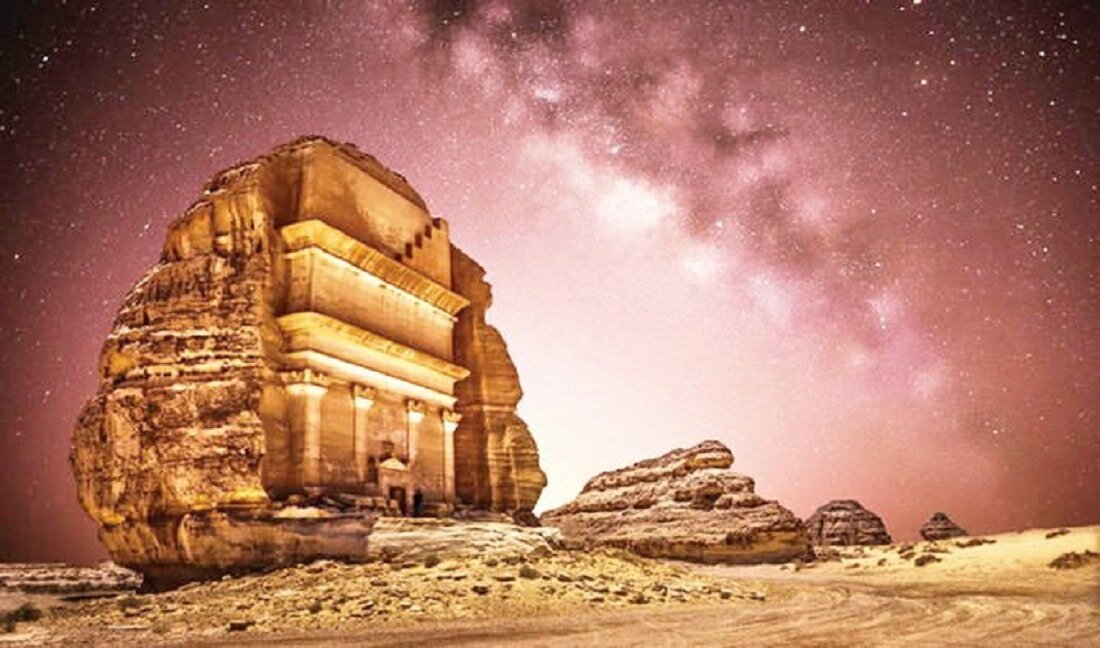 The Saudi Vision 2030 is established based on three themes:

All such motives and directions are taken to boost the overall economy along with ensuring the prosperity and well-being of the citizens and the residents of the country. Read more: Saudi Arabia Tourist visa opening in September 2019

The Saudi Commission for Tourism and National Heritage (SCTH) has announced that Saudi Arabia is allowing the foreign tourists from 49 countries around the world to visit Saudi Arabia to witness its different tourist places and cultural heritages. Read more: SCTH Announces Saudi Tourist Guides to Speak 11 Languages

The SCTH stated that launching the tourist visa was one of the targets to prepare the biggest Arab Economy for a Post Oil era and also for achieving objectives set by the Saudi Vision 2030.

The Visitors will be surprised after visiting Saudi Arabia Tourism places

The Saudi Tourism authorities claim that the Visitors will be surprised by the treasures we have to share which include 5 UNESCO World Heritage Sites, a vibrant local culture and breathtaking natural beauty. Read more: Saudi Tourist Fell Down in River Nile While Taking Selfie

The Kingdom of Saudi Arabia will also relax the rules of its strict dress code for foreign women visiting Saudi Arabia on the tourist visa, allowing them to go without the ABAYA or Cover up fully that is still mandatory public wear for Saudi women. Read more: Female Tourist Above 25 Yrs of Age Can Now Travel to Saudi Arabia Alone

Foreign Women will still be required to wear reasonable clothes

The authorities did not clarify in detail the meaning of the Modest Clothing but it is assumed that it should be reasonable dressing covering the body at least properly. Read more: Top 8 Coldest Places to Visit in Saudi Arabia During Winter Season

Which countries will be eligible to apply for the Saudi Arabia Tourist visa?

The Tourists from the following countries will be eligible to apply for the Saudi Arabia Tourist Visa from 28th September, 2019:

What will be the cost of the Saudi Tourist Visa?

What will be the Validity of the Saudi Tourist Visa?

The Tourists visas will be valid for 360 days from the date of its issuance. However, the Tourist on this visa can stay in the Kingdom of Saudi Arabia for 90 days or less, and for a total period not exceeding 180 days in a single year.

How long will it take to obtain the Saudi Tourist Visa?

The Tourist Visa can be obtained by the residents of those 49 countries in any one of the below mentioned procedure:

What is the date of Start of receiving the Application for Saudi Arabia Tourist Visa?

Applications for the tourist visas will commence on Sept. 28. The visa announcement was teased via a website and on social media by way of a video campaign, hash tagged “Where in the world?” which featured several shots of Saudi landmarks and natural wonders, prompting viewers to guess where they might be.

According to SCTH, the website has garnered over 94 million views since going live. SCTH announced on Thursday night that they have established a SR15 billion fund to support tourism projects across the Kingdom, according to reports.

100 Invisible Saudi Tourist were invited to get initial responses

The Ministry claims that they had already conducted the field research by inviting 100 “invisible tourists” to Saudi Arabia to gauge public reaction to their presence, but also to garner their feedback on how they found Saudi Arabia and what could be improved.

What are the names of the Tourism locations in Saudi Arabia?

Locations such as AlUla, NEOM, and the Red Sea are all being touted as potential tourist locations, with many other areas of the country preparing to meet the expected crowds as well. The authorities also claimed that there are 10,000 historical locations all over the country, five of which are UNESCO World Heritage sites.