Do you know who actually used to hold the keys of Ka’abah before the Islam?

For more than 16 centuries, before the introduction of Islam to the world, the grandsons of Qusai bin Kilab bin Murrah specialized in caring for the Ka’abah, including keeping its keys.

One of the branches of the bin Murrah family was the Al-Shaiba tribe who were given the keys of the holy site by Prophet Mohammed in the year of the conquest of Mecca.

Do you know who exactly holds the keys of Ka’abah currently today?

The Bani Shaiba or the sons of Shaiba are the tribe that hold the keys to the Ka’abah today. They are in charge of the ‘Sudnah’ of the Ka’abah which means the complete care of it including opening and closing it, cleaning and washing it, and caring for its Kiswah or cladding. 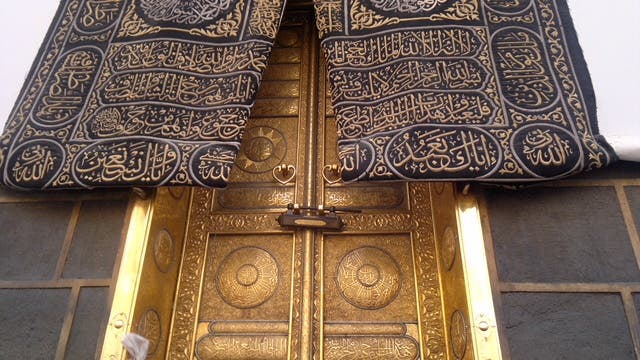 Do you know that Inside space of the Kaaba is washed twice a year?

The inside of the Kaaba gets washed twice a year on the first of Shaaban and 15th of Moharram in the Islamic calendar. Fajr prayers are performed in the holy site of al-Haram al-Makki before the washing process, where only Zamzam and rose water are used.

A video displaying the keys of Ka’abah

A video surfaced of the sheikh of the Shaiba tribe, Saleh al-Shaiba, displaying the keys of the Ka’abah, the Tawba door which grants access to the roof of the Ka’abah and Maqam Ibrahim.

Do you know that How the keys of the Ka’abah look like?

“The key to the door of the Ka’abah is important historically and religiously. It has its own pouch which has green embroidery and written on I is ‘For God tells you to perform your tasks for the people,” historian and member of the Shura Council, Dr. Mohammed al-Zulfah said.

Do you know that the key of Ka’abah consists of Metal and is 35 cm long?

He added that the key is made of metal and is 35 centimeters long. It was changed and developed several times throughout the centuries. Today, the key and lock of the Ka’abah are made of nickel plated with 18-carat gold while the interior Kiswah or cladding of the Ka’abah is green after it has historically been red.

Do you know that the shape of the Key keeps on changes?

Al-Zulfah said that the shape of the key changes every now and then. There is a museum in Turkey with 48 keys to the Ka’abah since the Ottoman era, while in Saudi Arabia there are two replicas of the key that are made of pure gold.

Al-Zulfah said that it is custom for the key to be with the oldest tribe member.