An official source at Saudi Arabian Airlines has denied recent reports about the time-frame expected for the national carrier to operate flights on schedule as usual, local newspaper reported on Friday. The source told that Saudi Airlines’ message to staff, which was the basis on which the report was based on, was used out of context.

Statement of the Chairman of Saudi Airlines

The source pointed out the Minister of Transport, Chairman of the Board of Directors for Saudi Airlines Eng. Saleh Al-Jasser, who confirmed in a press statement earlier this week, that it is too early to expect a specific date to ease the procedures and restrictions on air transport.

What are the Hindrances?

As the number of corona patients are still increasing so a specific date is hard to announce. Although, Al-Jasser said that significant efforts are being made by the health sector to confront the emerging corona pandemic, while assuring that the government gives the health sector the highest priority in this critical period.

What can we Expect?

According to local newspaper the Saudi Arabian Airlines were returning to there normal flight routine. But the reports were denied by the Ministry. Because Corona pandemic has a huge hold on Saudi Arabia and the patients are still increasing. And as we know the Ministry have confirmed that Hajj will take place so there are chances for the return of normal flights by the end of the Islamic Calendar.

Earlier it was in news that, Saudi Arabian Airlines does not expect flight operations to return to normal until the year end and the airlines has asked some cabin crew employees to suspend their contracts until then. Saudi Airlines now clears that it was message to staff, on which the report was based, it was out of context.

What Exactly was in the Reports?

The Minister of Transport said it is too early to expect a specific date on resuming flights and lifting restrictions on air transport. The government is keen that the health sector is doing their best to fight COVID-19. In this time of pandemic its hard to operate normally. And to get back to normal the best we can do is to stay at home, wash our hands regularly, maintain a safe distance of at least 6 meters, avoid touching your face and cover your face to avoid the entrance of COVID-19 germs to enter your body. Stay home Stay safe and keep reading. 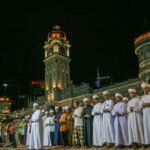